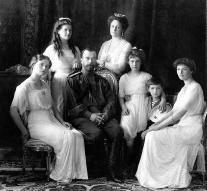 moscow - Russian researchers will study the remains of Tsar Alexander III dig. The intention is to establish the identity of two of his grandchildren. It's about the children of his son Czar Nicholas II who in 1918 with their father were executed by the Bolsheviks. This writes the Russian newspaper The Moscow Times.

The request to establish the identity of the two Romanov children comes from the Russian Orthodox Church, a powerful institution in Russia. Historians do the research off as unnecessary and disrespectful. These are the grandchildren Alexei and Maria. Digging up their grandfather in Petersburg takes place in mid-November. Tsar Nicholas had five children.

The remains of Alexei and Maria were to be reburied just this month, but the patriarch of the Orthodox Church put a stop to and insisted on establishing the identity. The church has long enjoyed doubts about the identity of the dead. The clerics think that scientists of the church in the research should be involved.