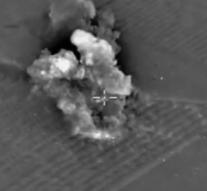 amman - Heavy air attacks by the Russian army have Islamic State driven to the edge of the Syrian city of Palmyra. Which has declared the Syrian Observatory for Human Rights Sunday.

IS fighters were sat revoked the oasis city of Palmyra. They took surrounding hills after a surprise attack and managed to conquer most of the ancient city back on the Syrian government army.

Only some parts of the south were still in the hands of government forces.