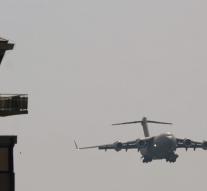 moscow - Direct flights between Ukraine and Russia Sunday discontinued. That's according to the BBC due to new sanctions from Kiev. Which are intended to punish the Russians for the annexation of the Crimea and supporting armed separatists.

Moscow called the decision of Ukraine to make Russian airlines banned in the first place " mania ". Then decided the Russian authorities, according to the Moscow Times to close airspace for Ukrainian companies.

The conflict over the air traffic, according to the BBC about 70. 000 passengers per month. If no compromise is found at the last moment, they have to travel about from Sunday through other countries or are preparing for a train journey of about thirteen hours.