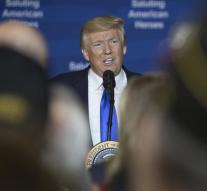 moscow - Russia will face a 'painful' response to the new US sanctions imposed on Moscow. That said Konstantin Koschiev, a prominent member of the Russian parliament and chairman of the Duma Foreign Commission, on Wednesday on his Facebook page.

'Given the unanimous vote in the US House of Representatives on a sanctions package against Russia, Iran and North Korea, there will be no breakthrough in American-Russian relations. In fact, further deterioration in bilateral cooperation is inevitable, 'Koschiev said.

The US House of Representatives voted on Tuesday with an overwhelming majority for new sanctions against Russia for its interference in the US presidential and military role in Ukraine and Syria. The vote also means that President Donald Trump needs permission from Congress if he wants to alleviate sanctions against Moscow.