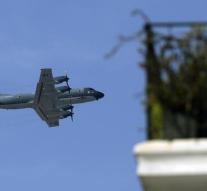 moscow - Russian jet fighters accompanied a Norwegian Air Force patrol aircraft on a Tuesday. According to Moscow, the Norwegian device flew without the transponder standing above the Barents Sea along the Russian border.

According to the Russian Ministry of Defense, it was a device of the type P-3 Orion. The Norwegian army stated that 'patrols' in the area several times a week and that it is normal for military aircraft to have the transponder.

Earlier in the day, a Russian hunter flew to an American B52 bomber flew at the Russian border above neutral waters in the Baltic Sea.