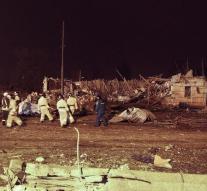 moscow - Russia accuses Ukraine of violating international agreements because the country bombarded civilians in eastern Ukraine. Further, Kiev throwing weapon in the battle that should not be used in accordance with peace agreements reached in Minsk.

A spokeswoman for the Russian Foreign Ministry stated that the 'brutality' of Kyiv has no justification. Ukraine bombs in its places where women and children spend the night. It is the second time this week that Moscow with the finger pointing to Ukraine.

Ukraine and pro-Russian separatists accused each other Thursday of artillery attacks on civilians with several casualties.