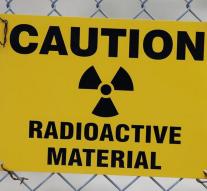 moscow - Russia has begun the disposal of radioactive waste of nuclear submarines from the time of the Soviet Union. A first charge of spent fuel was sent to a processing plant on Tuesday.

The radioactive material is derived from more than one hundred nuclear reactors of more than fifty submarines. For the last 35 years, it was stored on a naval base on the Andrejev Bay, near the Barents Sea. The base was close in 1992 shortly after the Soviet Union collapsed.

From the Andrejev Bay, nuclear waste is first transported to a specially equipped ship to the northern port of Moermansk. From there, it goes to a processing plant in Chelyabinsk, in the Urals.

The disposal of nuclear waste, which is seen as a major risk for the environment, takes place in an international context. The European Union, a few individual EU countries and Canada have already made available 165 million euros. The safe processing of the 22,000 fuel rods probably takes several years.