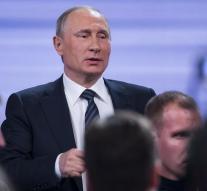 - Russia Western countries have clearly made no objections to a resignation of Syrian President Bashar al-Assad as part of a peace process. This is a clear softening of always publicly declared support for Assad, ahead of talks Friday in New York, according to diplomats.

Russia is next to Iran has always been a firm ally of Assad and now also intervenes militarily against anti-government forces in the five-year civil war more than a quarter million people have lost their lives. Russia and Iran have long insisted that Assad's fate in national elections to be decided.

Western powers as Turkey, Saudi Arabia and others have reluctantly agreed to Assad remain on for a transition period.