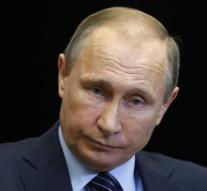 moscow - Russia has lifted the ban on charter flights to Turkey, the Moscow government announced Sunday it.

The ban was imposed in November after Turkey had shot down a Russian fighter jet violated Turkish airspace in an attack on rebels in Syria.

Turkey was with Russian citizens a popular holiday destination. Ankara offered in June apologies for the plane incident.