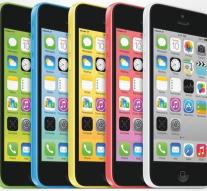 moscow - The Russian competition watchdog (FAS) is investigating alleged price fixing by major vendors of the iPhone from Apple. According to the FAS Apple smartphones were iPhone 6 and iPhone 6 Plus are available at many outlets in Russia for the exact same price. This seems, according to the Competition Commission very likely that further arrangements are made.

Reportedly will also examine the extent to Apple itself would have a hand in the fact that the prices of the iPhones at Apple several Russian subsidiaries and sixteen other sales stations are identical.

Both the Russian department of Apple when multiple vendors did not respond to the allegations.