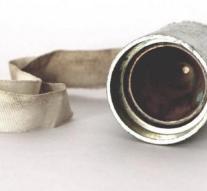 - Syria and Russia used in bombing of territory controlled by rebels in Syria on a large scale cluster bombs. This was reported by Human Rights Watch (HRW) on Thursday. The organization had since the end of May 47 attacks in which cluster bombs were used and which dozens of civilians were killed or wounded.

Many of the attacks were north and west of the city of Aleppo. This city is in the hands of the rebels and is an important battlefield in the war. Russia has denied using cluster bombs, but, according to HRW, there is increasing evidence that this is so.

Cluster bombs fall after firing down into hundreds of smaller bombs going off over a large area. Some of those little bombs do not go off immediately and act like a landmine, leaving them in the long term endanger civilians.