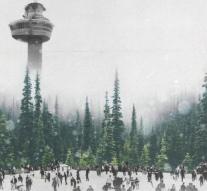 rotterdam - In the Park under the Euromast in Rotterdam, the coming winter can be estimated for the first time. In the Christmas season between 8 December and 7 January, at least 10,000 visitors are expected, according to the initiators of the IJsvrij Park Festival.

They want to combine the skating in the silent winter season in The Park with music and theater. Last year, attempts were made for the arrival of an art nouveau track, but it turned out to be too short before the festival was set up.

The winter festival accounts for between 250 and 500 visitors daily. A 450-square-foot artificial carriageway will be constructed, allowing 150 people to skate at the same time.