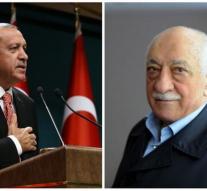 - The lower house Monday feels a number of Turkish-Dutch organizations through its paces on the hassles brought about by the failed coup in Turkey last summer in the Turkish-Dutch community. The Chamber wants to know how Turkish Dutch look to Turkey and the Netherlands.

The hunt for suspected coup plotters and their supporters threatened to skip last summer to the Netherlands. Supporters of Muslim cleric Fethullah Gulen, the great rival of the Turkish President Erdogan, were also ruled in Netherlands for traitors because he would have had a hand in the coup. Parents took their children presumed Gülenscholen. That blistering the government and the majority of the House is not.

Hearings sliding Turkish Dutch of all stripes to. The Chamber has invited both supporters of Erdogan and Gülen. Representatives of conservative-Islamic, nationalist and leftist organizations make their appearance, but also the Kurds, Armenians and Alevis. Even the Islamic University is welcome, even if it is disgraced by the Court and lost his license.