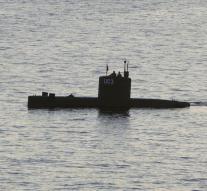 copenhagen - The Danish police have identified a body found in the water like that of the missing Swedish journalist Kim Wall (30). DNA tests on the torso indicate that Monday's remains of Swedish are reported, police said Wednesday morning. The body was found without arms, legs and head on a shore of Amager Island in the Sont.

Wall was seen last August 10th when she boarded the submarine of Danish engineer Peter Madsen, who wanted to write a story. He told her that she was killed by an accident in the submarine and that he gave her a seaman's grave. Earlier, Madsen said the Swedish had already deposited on an island in Copenhagen harbor. He is stuck on accusation of death by serious negligence.