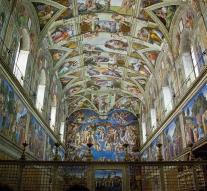 rome - Rome and Milan have their security measures in the city considerably tightened after a warning from the US FBI investigation that terrorists have, inter alia, on St. Peter (Vatican City), the Duomo and La Scala Opera in Milan. The Italian news agency ANSA reported Thursday that the FBI colleagues in Italy has given Arab names of five suspects. The US Embassy calls compatriots in Italy to be vigilant.

Italian security forces will carry out more checks and deploy more security, including in the Jewish neighborhood of Milan. They fear attacks such as last Friday in Paris. Then six attacks were committed in a short time which 129 people lost their lives. Perpetrators said in the name of Islamic state to carry out attacks to avenge the French air strikes on Syria. Italy bombed Syria incidentally not.