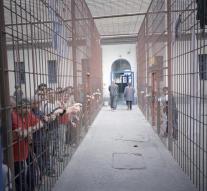 bucharest - The Romanian prison strict law has one provision witty. For every scientific book that writes a prisoner, he gets a monthly penalty discount. So it can happen that prisons are more productive than universities. However, not all wrong.

The historian Catalin Parfene ever conducted years of research and saw his findings of yesteryear return to his surprise in a book about relationships Romanian monarchs. Author Gheorge Copos, former deputy prime minister who got four years in prison in 2014, where he may deduct a month.


The list is long, reports the Süddeutsche Zeitung. Even convicted pirates put their diligent work continues behind bars. A real professor checks the scientific quality of the writing industry. Attempts to remove the section of the law have failed. Parliament finds it beautiful.