Home / World / Roman Polanski not be extradited to US 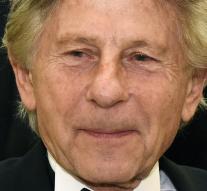 - The Polish court denies the extradition of Roman Polanski on the United States. Filmmaker and Oscar winner Polanski is accused of child abuse in the seventies.

The 82-year-old Polanski admitted that he had sex in 1977 with a girl of thirteen. Polanski himself was then 43. He would initially get away with a psychiatric examination of ninety days. Then in 1978 it appeared that perhaps he would still face imprisonment, he fled to the United States.

US issues a warrant, but the filmmaker lived for many years in France unconcerned. In 2009, Polanski was arrested in Switzerland, but that country decided not to extradite him to the US

Polanski is currently in his hometown of Krakow shooting for a new film.