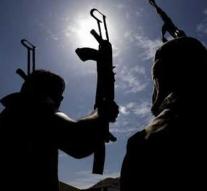 riyad - Yemeni insurgents have fired two missiles at neighboring Saudi Arabia. Saudi state media reports that the projectiles have been intercepted above the port city of Jizan. The fragments would then have ended up in residential areas. The authorities do not yet have any indications that victims have fallen.

The purpose of the attack was a terminal of the Saudi state oil company Saudi Aramco, reporting a television channel connected to the Houthi insurgents. They say they are bombarding Saudi Arabia in retaliation for Saudi air raids in Yemen.

Saudi Arabia has an international coalition that is trying to push back the Houthis.