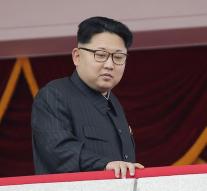 seoul - North Korea has fired a projectile that resembles a ballistic missile, according to the South Korean military that is launched from a submarine.

The missile, according to South Korean forces fired around eleven-thirty Saturday morning (local time), from the sea east of the Korean peninsula.

North Korea's attempts to develop a system that can be fired are a major concern for rivals and neighbors, because missiles are harder to detect ballistic missiles from submarines.


The launch came a day after US and South Korean forces had announced ready to be an advanced American missile defense system to bet on South Korean territory. The modern defense system, called THAAD, South Korea to protect against the threat from North Korea.