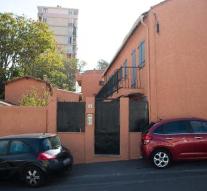 chiasso - Two men were detained in Switzerland on suspicion of involvement in the strike in Marseille earlier this month. The two Tunisians were arrested in Chiasso, on the border with Italy.

Last weekend, in Italy, the brother was also arrested of the 29-year-old Tunisian who killed two young women on 1 October for the Marseille station. The perpetrator was shot by agents. In the French port city, arrests were also made shortly after the stabbing party.