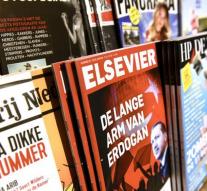 amsterdam - Blendle competitor eLinea makes a restart. The company went bankrupt a few weeks ago, but is acquired by Audax. This company wants to renew eLinea and keep expanding. By 1 October, the new service should be available.

How the new eLinea will look like is not yet known. It is clear that with Audax eLinea to become a major player in the digital distribution of newspapers and magazines.

Audax is a publishing magazines such as HP / De Tijd and spends weekend, but also possesses the AKO bookshops and book publishing Ditmar. Audax also owns logistics companies carrying books in the Netherlands and Belgium, newspapers and magazines to stores.