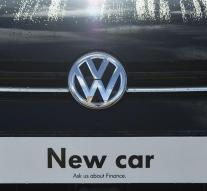 - Researchers from the University of Birmingham have discovered a way to open tens of millions of Volkswagens without a key, writes Wired. Also by other car brands of the Volkswagen Group made vehicles such as Audi, Skoda and Seats can be so open.

The researchers were a part of the car get a cryptographic code. Then they could use the unique code that sends received the key to the car with a tiny computer and a radio receiver and that duplicate. Since the cryptographic codes in the cars are not unique, each code to millions of vehicles can be used.

The newest vehicles of Volkswagen, including the latest Golf, have a better system which uses each unique codes. However, the cracked system has been in use since 1995.


The researchers also hacked another system that many other car brands. This makes use of the cryptographic technique HiTag2. That technique is to crack even easier. By eight times to capture the code that sends the key to the car, the code can be cracked within a minute. This technique has been used by, among other Alfa Romeo, Citroen, Fiat, Ford, Mitsubishi, Nissan, Opel and Peugeot.