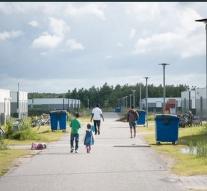 - The National Ombudsman will investigate obstacles that former asylum seekers with a pardon license encounter if they want to be naturalized.

This concerns in particular people in so-called proof emergency. They can not show a valid passport or legalized birth, while being required since 2009 to become Dutch.


Following five complaints about the procedure, the National Ombudsman wants to know how the Immigration and Naturalisation Service (IND) deals with the proof emergency. Because it concerns children and youth, the research is also done by the Children's Ombudsman.

Who does not have Dutch nationality, can have problems when traveling abroad, take out insurance and mortgages or to exercise certain professions.

The amnesty in 2007 27. 000 foreigners were given a residence permit. After five years can be applied for naturalization. Until the end of September 2014 but 9350 of these 'pardon partners' appeared to have applied. More than eight hundred applications were rejected, could not be determined in most cases because the identity and / or nationality.