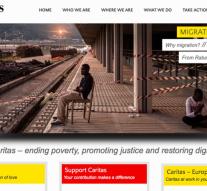 - Three employees of the aid organization Caritas Tuesday in eastern Congo were kidnapped by rebels, have there been unscathed from. They were still available the same day and were picked up by a local church, as the Christian organization showed Wednesday more relieved.

Presumably there was a Rwandan group behind the kidnapping, which began with the shelling of two vehicles of Caritas. A German journalist got injured while on her foot, but she and the other occupants of the jeep escaped though. The journalist along with a spokeswoman for Caritas by UN helicopter to safety.

The Congolese trio was well captured in the other car, but not for long. Whether ransom was paid for their release is unknown. Troops from the UN force in the region have deployed in pursuit of the perpetrators.