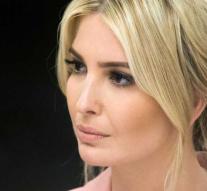 In a tweet, she quotes Abraham Lincoln: 'The truth is generally the best defense against defamation.'

Trump believes that he has been 'fully indicted' now that the main conclusions of Special Prosecutor Robert Mueller's report of possible collusion with the Russians have been brought out during the presidential election. 'No conspiracy, no obstruction, full and total release. Keep America great! ”Trump wrote in a tweet.