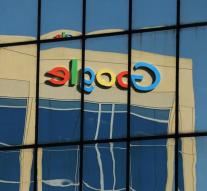 san francisco - Google has fired an employee who previously opposed internal discrimination against women at the computer giant. Software developer James Damore told Reuters press office to be fired for 'maintaining gender stereotypes'. He looks at what steps he can take.

Damore believes that the lower number of women in the ICT world and executive positions is due to biological differences such as interests. His memo caused a heated debate within the company and now costs him. Also on the internet, his essay became viral.

Google's Director for Diversity Danielle Brown wrote in response that the memo is based on 'false assumptions about gender'. Sundar Pichai, Google's boss, claims that part of the memo goes against the company's code of conduct.