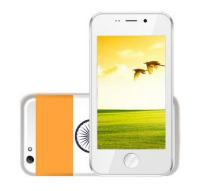 - Between providers of refurbished used phones are big price differences. And some refurbished phones are even more expensive than a new device. Consumers reported that after investigation.

Average savings consumers who buy such phone 12 percent to the lowest new price. Often worth buying a refurbished phone only with expensive equipment, where the advantage sometimes amounting to more than a hundred euros. Oddly enough, there are refurbished models for sale which are even more expensive than a new device, as discovered the association.


Furthermore, the association concludes after ordering six iPhones at different stores to get an idea of ​​the quality of the refurbished used phones that four of them did not meet what consumers should expect it. So they had a bad battery or a power button that was not quite good at pressing.