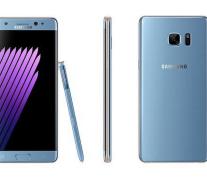 The devices consist of parts of the previous recalled Note 7, but have other batteries. The Galaxy Note 7 was taken out of the market last year because the batteries turned out to be on fire.

The battery of the refurbished variant has less capacity than the original version, but it meets new security measures taken after the revocation. In total, 400,000 refurbished Galaxy Note 7 Fan Editions are available. Perhaps they cost about 534 euros in Samsung's home country, about 30 percent cheaper than Note 7.

Samsung will decide at a later date whether the Fan Edition will also be sold in other countries. The company does not know the device to market in the United States and India.