Home / World / Refugees may get used to fireworks (2) 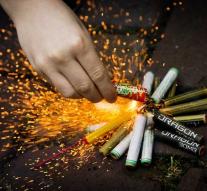 - Refugees in the German city of Reichenberg given two days before the New Year to get used the occasion at the sound of firecrackers. The place in Bavaria wants to take away their fear possible and show the refugees and what they can expect in the New Year night.


,, It is an informative demonstration without show effects. That's why we do it consciously in daylight, '' said a church spokesperson Monday. The refugees also receive paper in several languages ​​about the use during the New Year.
In the state of North Rhine-Westphalia, the authorities have other concerns about fireworks and refugees. The state has to stabbing refugees banned fireworks in or near the refugee centers. There are often processed much light materials and the authorities are afraid that a fire breaks by fireworks. They also recognize that the bangs are a great psychological burden for the people who come from war zones.
NEW