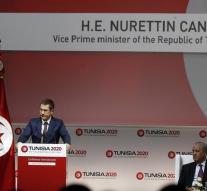 ankara - Turkey wants next spring hold a referendum on an amendment to the constitution that would expand the power of the president. The referendum must precede the presidential and parliamentary elections are scheduled in 2019.

Deputy Prime Minister Nurettin Canikli did the plans Friday during a television interview explained. The ruling AKP wants to submit a proposal for the referendum to parliament. He knew all too telling opposition party MHP will support the proposal.

Any amendment to the constitution on which a referendum in Turkey needs the support of 330 of the 550 MPs. The AKP has 316 parliamentarians, the MHP 39.