Home / World / Red Cross is in distress for violence Syria 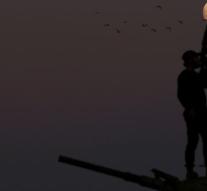 geneva - The International Red Cross is very concerned about reports of many hundreds of civilians and devastated hospitals and schools in Syria in recent weeks. According to the organization, violence is currently the strongest since the fall of East Aleppo in December last year.

'Over the past two weeks, we saw a huge peak in the military operations, causing a lot of civilian casualties,' said the head of the delegation of the Syrian International Red Cross, Marianne Gasser. 'My colleagues hear terrible stories. For example, a family of thirteen who fled Deir al-Zor, lost ten members lost by air attacks or bomb attacks. '

The violence takes place not only in the cities of Raqqa, Deir al-Zor and the western west of Aleppo, but also in many areas where it is relatively quiet as Idlib, the area around the city of Hama and the Ghouta region east of the capital of damascus

Certainly ten hospitals have been damaged over the past 10 days, causing a few hundred thousand people to be out of health care. Due to the fighting around Deir al-Zor, the water supply is at risk and the refugee camps around this place and Raqqa are overflowing.