Home / World / 'Record amount of US military aid to Israel' 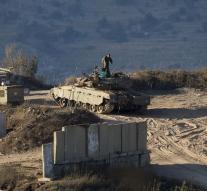 - "The United States gives Israel a new agreement for a period of ten years, nearly 34 billion military aid. Never before the US have a country that promised much military aid."

"The agreement was signed Wednesday in Washington, according to the Ministry of Foreign Affairs. Despite the record amount, the Israeli government of Prime Minister Benjamin Netanyahu had hoped for 40 billion The negotiations for ten months difficult. The relationship between Netanyahu and US President Barack Obama is to say the least cool. But Netanyahu would prefer now to make a deal with Obama, then wait for the US presidential election on 8 November."