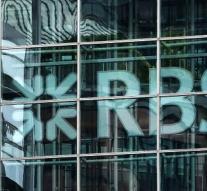 edinburgh (anp/bloomberg) - Royal Bank of Scotland wants to establish its European trading business after the brexit in Amsterdam. Topman Ross McEwan said Friday that RBS had a conversation with supervisors about the move.