Home / World / Rapist after 30 years caught by pee in planter 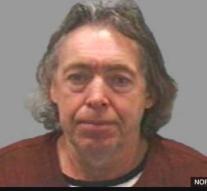 newcastle - A rapist who was not caught for his actions for thirty years, finally pours next to the pot. He urinated in the planter of his neighbors and that led to a dna match. He has since been arrested and sentenced to 23 years in prison.

Eric McKenna (59) raped two women in Newcastle between 1983 and 1988. The police have never been able to link the two rapes together, until the neighbors complained about McKenna. He had peed in their planter unasked. His DNA turned out to link the two rape cases.

According to Mick Wilson of the Northumbia Police it was 'a very unusual thing', but McKenna showed 'no remorse in the courtroom'. 'His actions were well prepared and terrible experiences for the victims,' ​​Wilson told BBC.

The spokesman says it is nice that McKenna is arrested, especially because he really thought he would get away with it. 'A stupid person now gives him 23 years in prison. '