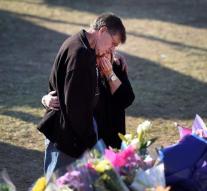 coomera - The attraction in the Australian theme park Dreamworld, on Tuesday four people killed, show a month ago to have come through the annual safety inspection. That leaves the owner of the park Wednesday Learn to Reuters.

'The check according to the rules was carried out by external specialists,' leaves the organization of the park said in a statement. How could a ride ended in the Thunder River Rapids Ride Tuesday for four adults fatal, is still a mystery.

It went wrong at the whitewater course during the hoisting of the round six-person boat on the conveyor belt of the type. All six occupants were thrown from the boat. The victims were two men and two women aged between their early thirties and early forties years.

A 10-year-old boy and a 12-year-old girl, who also were in the boat, escaped death. According to an Australian police is 'almost miraculous' that the two are virtually unscathed. An eyewitness told the Australian television: 'They were screaming aboard, while their mother was trapped underneath. I'd rather not talk about what I saw. '

Prime Minister Malcolm Turnbull said there was a thorough investigation into the cause of the accident. The park is closed indefinitely after the accident.

Dreamworld is a large theme park in Coomera, at Brisbane, the Australian Gold Coast with over fifty rides and attractions. The attraction Thunder River Rapids Ride is moreover suitable for visitors from two years. On the track, which also has a free fall, rates reached up to 45 kilometers per hour.