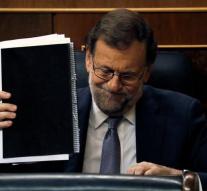 madrid - Spanish Deputy Prime Minister Mariano Rajoy has clearly reveals the hitherto undisclosed date the peace treaty will be formally signed between the Colombian government and the FARC rebels.

Rajoy expressed his mouth off when he said in a parliamentary debate in Madrid that he was invited to attend the signing ceremony on September 26. His statement led to headlines in Colombia and speculation that the signing will take place at the United Nations General Assembly in New York.

Monday indefinitely entered a ceasefire in effect put an end to 52 years of armed conflict in Colombia. The treaty which was negotiated four years, to be signed just yet festive. On 2 October the Colombian voters may express its views in a referendum.