Home / World / Rain causes nuisance in the region of The Hague 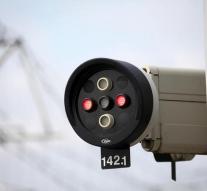 the hague - The continuous rain causes a lot of nuisance in the region of The Hague. Streets are blank and the fire department receives multiple reports of completed cellars.

According to a spokeswoman, fire trucks drive off and on. 'Kazans from the area have been asked to assist. 'It's very busy in the reporting room. There are many reports coming in, 'she says.

Transport company HTM reports at the beginning of the night that on all tram lines are delays due to the abundant water. For example, the tram tunnel should be closed under the Grote Marktstraat.

The inconvenience is greatest in the center of The Hague, but reports from all over the region are reported.