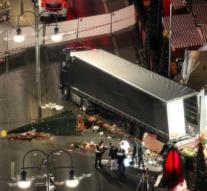 berlin - German police on Tuesday raided early in a hangar at the former Berlin Tempelhof Airport. The hangar is a residence designed for refugees.

The alleged perpetrator of the attack on the Christmas market in the German capital would have reported it earlier. Reported Welt. the.