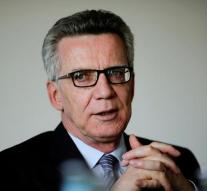 - The German police did search Wednesday with members of a secret right-wing extremist Facebook group. The raid took place through the whole of Germany, in thirteen states. There are many computers and incriminating materials were seized. Police arrested anyone yet.

The Facebook group was glorified in recent months Nazism by 36 members and encouraged hatred against foreigners and Jews. According to German Interior Minister Joachim Herrmann (CSU), the number of offenses is rampant in this area:,, Hateful messages are often therefore have nothing on the internet to find a stage of radicalization and extreme right-wing activities. ''. He therefore calls on Internet users not to look away from right-wing extremist manifestations, but to take action.