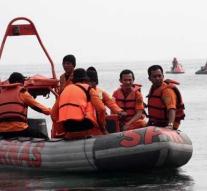 jakarta - Indonesian rescue workers resumed their search for survivors of a ferry that sank on Lake Toba in North Sumatra on Tuesday. The bad weather makes the operation difficult. The approximately one hundred rescue workers suffer from rain and waves of about 2 meters high.

On the ferry there is room for sixty people but presumably a lot more people were on board when the ferry caps and sank shortly after departure. At least eighteen people could be rescued by boats in the area that offered immediate assistance. The body of one drowned passenger is salvaged.

The ship ran into problems when it was on its way from Simanindo to Tigaras in bad weather. It is unclear whether foreigners were also on the crashed ferry.