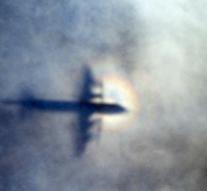 - There is probably two years looking in the wrong place at the wreck of the unit of Malaysia Airlines MH370 which disappeared between Beijing and Kuala Lumpur.

According to researchers from the Dutch company Fugro performing the search, the missing plane can to be slipped down instead of hiding. Therefore, they might be looking in the wrong place.

Flight MH370 disappeared in March 2014 from the radar and had 239 passengers on board. Fugro researchers have scoured an area of ​​the sea the size of Greece in the past two years. 'If the wreck is not here, it means that it is somewhere else,' says researcher Paul Kennedy.


The search is expected to be completed in three months. So far, nothing found in the area. Well flushing debris on the southeast coast of Africa and the island of Reunion.