Home / World / Qatar does not succumb to pressure from neighboring countries 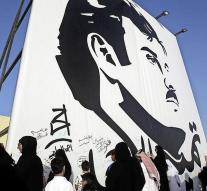 doha - The Middle East sets aside for a tough confrontation between a series of Arab countries and Qatar, which refuses to comply with a series of stringent requirements. The ultimatum for this is today.

In Qatar, it is publicly speculated on a military action by Saudi Arabia and its allies. The country's requirements, including the closure of Al-Jazeera satellite transmitter, would intentionally be impracticable to justify them.

Such a boat will probably not run. The Arab countries are even threatened to impose harder sanctions against the country. For example, they consider international companies to choose: Qatar or us. The United States Secretary of State Tillerson tries to resolve the scene, but he is being opposed by President Trump, who openly supports the Boycott against Qatar.

So far, it has little effect. After initial concerns, the supermarkets are just full. Countries like Turkey, Morocco, India and Iran have jumped into the gap. Commentators in Doha make it clear that Turkish dairy products taste much better than those from their neighbors. The gas and oil industry has barely clashed (rival Dubai still receives gas), while the country claims to have building materials for one year in stock. However, the major aviation industry is threatening to run hard.

Arab countries demand that Qatar stop support for extremists, reduce ties with Iran and pay compensation for its politics. Doha does not mind: 'Nobody can impose an ultimatum on a sovereign country. '