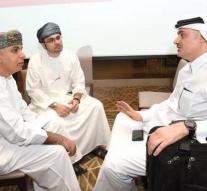 dubai - The demands made by four Arab countries to Qatar are, according to the country, 'not reasonable and not enforceable.' That said a spokesman for the government on Friday, who announced that the list is being reviewed and a formal response follows.

Saudi Arabia, the United Arab Emirates (UAE), Egypt and Bahrain came earlier with a list of thirteen requirements, which was transferred by Kuwait, which mediates in the conflict. They want Qatar to close the new media al-Jazeera and a Turkish air force base in the country. In addition, the treacherous oil state must put its relations with Iran in a pit and break the ties with terrorist organizations.

According to Qatar, the blockade has nothing to do with combating terrorism, but wants to pardon the sovereignty of Qatar. The country has ten days to comply with the requirements.