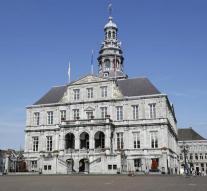 maastricht - The PvdA leader in Maastricht, who took the initiative to collect more asylum seekers in that city as a consultant earns good money to asylum.

French Bastiaens enter the council the word about the local asylum, and also hires himself out as a freelancer in the asylum sector. His foundation 'Restored confidence in the future' (HIT) received in 2011, a year after he became councilor, almost three tons of the European Commission.

The same foundation was already money from the Ministry of Social Affairs and from Brussels to set up migration projects. Currently Bastiaens own words especially active 'as freelancer specializing in migration issues. 'The foundation HIT is a little quiet,' he says.

Bastiaens' call to receive more asylum seekers is at odds with the integrity code of the City Council. Which warns that the need to prevent 'personal interests or interests of groups where you are in contact, and the municipality's interests are intertwined.'

According to Arno Korsten, honorary professor of public administration at the university in the capital of Limburg, goes the Labour leader on thin ice. 'His professional and representativeness namely hang very close to each other. The apparent conflict of interest there is, there has to be talked about. '


Jan Hoen, former alderman and current board member of the Maastricht People's Party (MVP), calls it 'weird' that Bastiaens subsidy received. 'Especially since he himself is leading in the asylum process. I'm going to see this with my group. '

Bastiaens himself thinks he is doing nothing wrong. 'It's good to talk about integrity, and I have thought about previously here. I've done no jobs in recent years paid by the municipality of Maastricht. '

However, the municipality of Maastricht does have pulled the purse strings for an activist outing migration specialist. Bastiaens got this 1450 euro from a jar for 'internationalization' to hand out bulbs in the refugee camp Idomeni, on the border between Greece and Macedonia.

Professor Korsten find this action 'outrageous.' 'These kinds of crazy things raises questions, including about the role of the college and the mayor. '

A spokesman for Mayor Penn-Te Strake says there's no reason to test the performance of Bastiaens to the municipal code of integrity. The decision to sponsor its relief operation is in her taken by officials and not by the college.