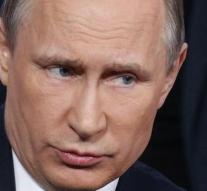 - Vladimir Putin would be personally involved in the Russian interference in the US presidential election. That reports NBC News. Russian President would know according to employees of the US security mailboxes Democrats were hacked and what would happen to that information.

With 'certainty' employees dare to say that Putin is involved in the hacks. Russian President would have several goals with these hacks. He would initially have a bone to pick with Hillary Clinton. Later he would like to use the hacks to tarnish the image of the United States as a reliable ally.

Earlier it was already clear that the CIA thinks that Russia has played a role in the presidential election.