Home / World / Putin's chief of staff exchanges and confidant in 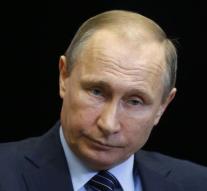 moscow - Russian President Vladimir Putin replaced his chief of staff. His old ally Sergei Ivanov is after more than four years in the influential and sensitive post for second place man Anton Vajno.

The seasoned Ivanov (63), which also leaves the Russian Security Council henceforth will examine natural and transport issues, report Russian media. He had in his own words himself asked for the transfer.

Ivanov was a confidant of Putin years. He had been his right hand in their time at the FSB, the Russian intelligence service.


The 44-year-old Vajno is the public almost unknown. He previously worked at the Russian Embassy in Japan.

The chief of the Kremlin prepares laws and is the liaison between the president and parliament. He also dissects all kinds of domestic and foreign issues for the president.