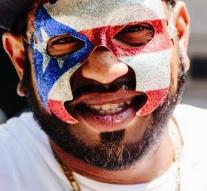 san juan - Puerto Rico would like to be the 51st full state of the United States. In a non-binding referendum, the population voted sunday for accession to the USA on Sunday. Currently, Puerto Rico is still a non-incorporated area, a term used for an area managed by the US, but it does not form an integral part.

In the referendum, the residents had three choices. Continue on the same footing, join the US or complete independence. Puerto Rico can currently live without a visa anywhere in the United States. However, they are not represented in the US Congress and may not vote in the US presidential elections.

The turnout for the referendum was only 23 percent, so the question is whether Washington takes the signal of the citizens seriously.