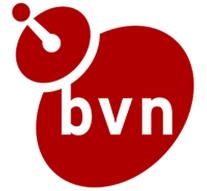 - Dutch nationals living abroad or on holiday, are now also from current TV programs to watch online. BVN (Best of Flanders and the Netherlands), the public television station for Dutch speakers abroad, not only to see more via satellite. This allows the transmitter meets the desire of many viewers.

Moreover, in many countries because of the poor quality of internet is not possible to watch online programs and its people still rely on the satellite. But there are places, such as large cities with tall buildings or zones with strict government regulations, where BVN just awkward that way is received. Internet is often a good alternative, according to the station.

BVN broadcasts every day a selection of programs from the Dutch Public Broadcasting and the Flemish Radio and Television Organization (VRT).