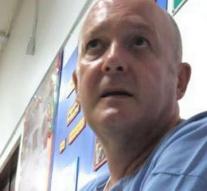 the hague - The National Ombudsman Reinier van Zutphen protests against the way in which justice and police deal with his research on Johan van Laarhoven. This Tilburg coffee shop holder has been convicted in Thailand for money laundering, but has complaints about the legal aid filed by the Netherlands in Thailand in 2014.

Van Zutphen announced at the end of March that he would investigate those complaints but he would not be authorized because of criminal investigations. Therefore, despite requests, he did not receive information from the Ministry of Security and Justice, the Public Prosecutor and the Police.

SEE ALSO: Van Laarhoven has to testify in the Netherlands

But the Ombudsman denies that the criminal investigation was already in progress, he wrote in a recent letter to Justice Minister Stef Blok. This is only the case when the summons in this case has been released. Now he wants to indicate that Block when that happened.