Home / World / Prominent Republicans do not vote for Trump 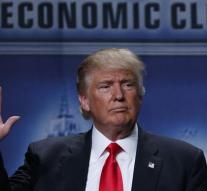 - Prominent Republicans do not give their votes to presidential candidate Donald Trump. According to them, Trump endanger the national security of the United States, as can be read in an open letter in The New York Times.

Among the signatories of the letter are, among others, former security experts who have worked under presidents George W. Bush and Richard Nixon.,, We are convinced that he would be a dangerous president and a risk to our national security, '' we read in the letter. Trump,, lacks the character, values ​​and experience to be president. ''

Republican Senator Susan Collins of Maine said Monday (local time) at The Washington Post also know not to vote for Trump.,, He represents the historical value of the Republicans do not, '' said Collins.